At the Zoo with the Crew

Larry made some plans a while back for the gang to go to the zoo. This past Saturday, those plans came to fruition.

I was running late when I woke up and, honestly, not feeling my best, but decided to push myself and go anyway. I was happy to hear the other zoo-goers were running late, yet I somehow managed to run even later.

Mom and I eventually arrived and met up with Larry. We walked and chatted with him as he led us to Clint, Larry's girlfriend, Shannon, and her kids. After they had a quick bite to eat, we headed out into the zoo. 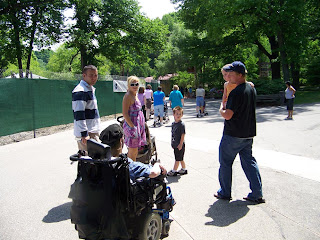 It was so strange, I went to this zoo all the time as I grew up, but this was my first visit in at least 10 years. There were so many new attractions and areas, I found no sense of where I was as we wandered around. 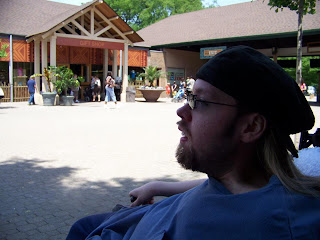 It was perfect zoo weather- mid 70s, not too cloudy, not too sunny, though I still managed to get a sunburn. 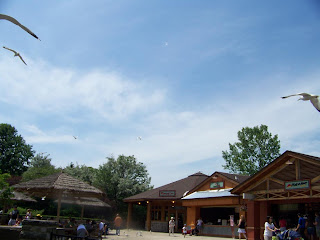 A zoo trip is pretty self-explanatory, so I'll just jump to some pictures and interject sporadically. Don't forget to click to see them bigger. 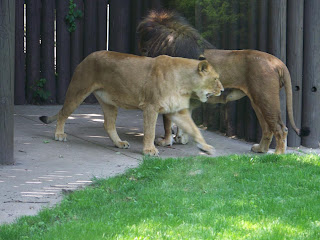 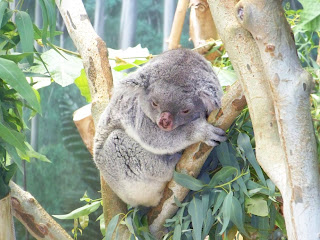 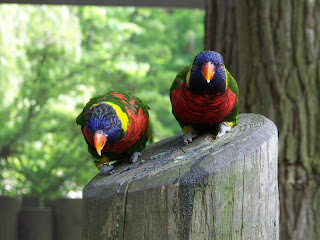 Love the colors on these guys. 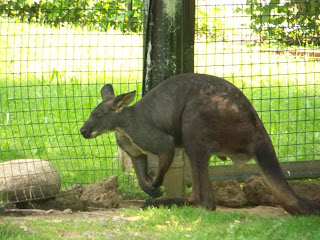 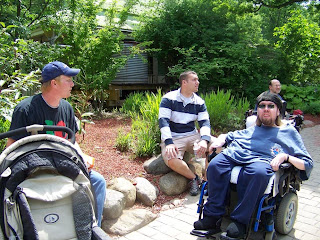 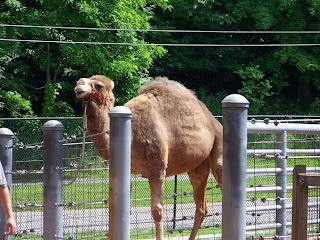 They have a new area where you can ride a camel. None of us took part. 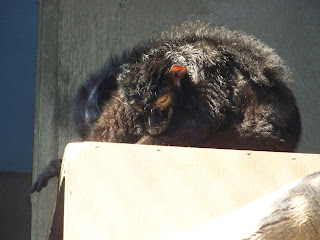 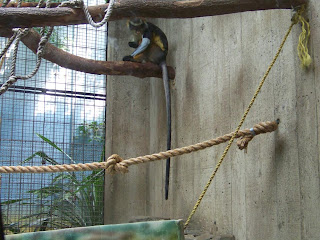 Check out the tail on this dude. 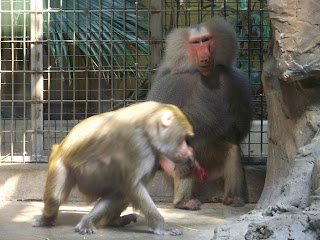 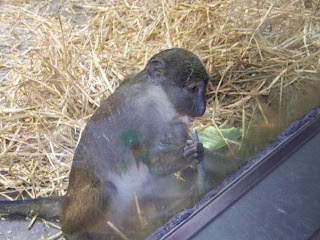 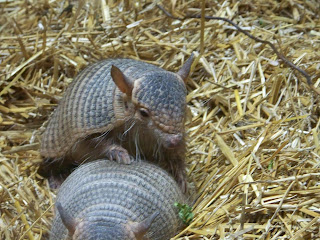 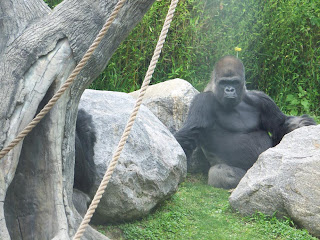 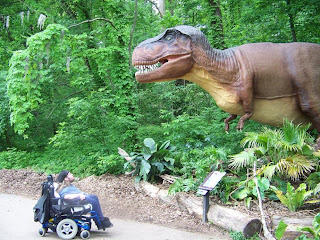 They had a whole dinosaur exhibit going on. The animatronics were okay, but they earned major cool points for blasting John Williams' Jurassic Park theme at the entrance. 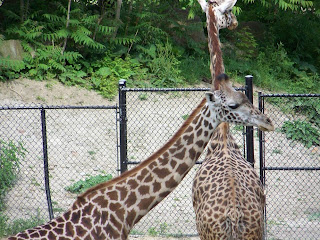 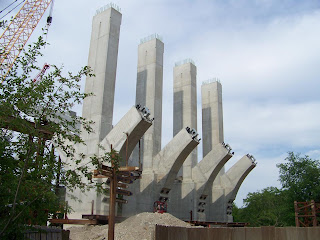 They tore down the old bridge that used to cross over the zoo, I think this is the new one going up. 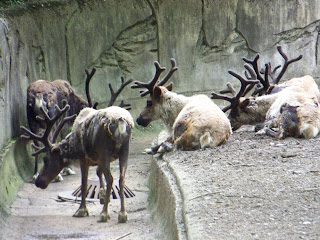 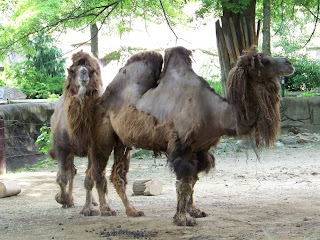 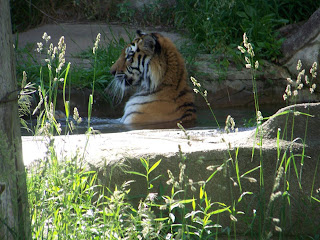 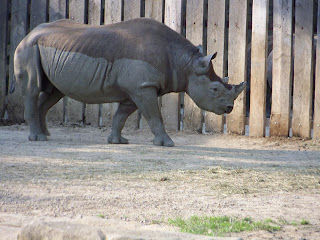 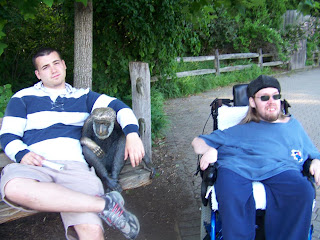 Larry, Shannon, and the kids walked faster than the rest of us, so Mom and I hung with Clint most of the day. Here's us chilling at the bench by Monkey Island.
My camera's memory card filled up at this point, so that's it for pictures.

We ended up rushing to the RainForest with just 15 minutes left before it closed. It was a hurried walkthrough, but we got to see some cool birds, orangutans, a big python, and Clint got to see the crocodile before we were told to leave.

It was a fun day and a cool trip down memory lane full of old memories and new experiences. It sucked that we didn't get to see the elephants, as they're currently building a new enclosure for them, but hey, it'll be another reason to go back. And I would love to go back soon with Matthew.
And a fresh memory card.
Posted by jacobdrake at 2:38 AM