"You Make Me Feel Like I've Gone Halfway Around the World..."

I woke up to that Toronto Tuesday morning at 10 AM with sore eyes from the dry hotel air. 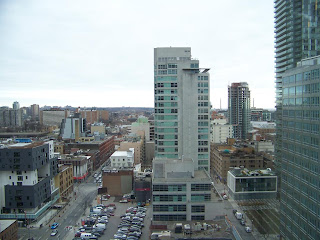 Getting in gear for the day was slow going. We didn’t actually leave the hotel room until after 2. Mom and I were looking forward to avoiding the chilly weather, so we made our way down to the PATH. Right off the bat, I was met with a handicap accessible elevator...that my wheelchair could not access. My chair was too long to fit inside.

I turned around and up to the cold, windy surface we went. 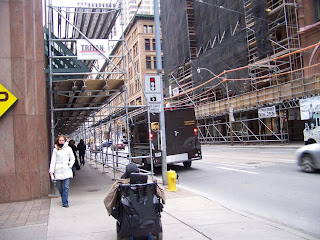 We hurried over to the Eaton Centre in search of a cheap replacement prepaid cell phone. Mine had finally turned back on, but I didn’t really trust it (plus the roaming rates are outrageous). After checking 3 different cell phone stores, the cheapest phone I could find was $50, as opposed to $15 back at home. No sale. 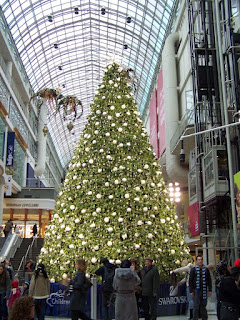 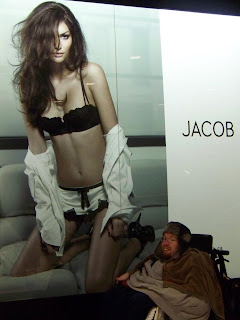 My store!
Next stop? Massey Hall. 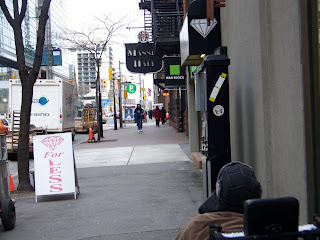 The main point of this whole trip was to see Chantal Kreviazuk at Massey Hall. As a bonus, it was the only show of Chantal’s tour that Raine Maida would be joining her.

We got out of the cold and into the historic building only to be met by another tiny wheelchair elevator, just like the one in the PATH. This time, though, we had the presence of mind to remove my leg rests, which let me fit inside.

Shortly after 3, we were inside for sound check. A few minutes later, Chantal & Raine arrived. Chantal came over and chatted with us for a little while. We mostly exchanged tales of how hectic things have been for both of us.

First up during sound check was Canadian duo Dala. I was aware of them, but had never really listened to them before. I was pleasantly surprised and really loved what I heard. I made a mental note to look into getting any CDs they have available.

Next up, Raine started his sound check. 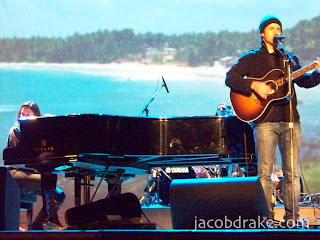 A few songs in, the cavalry arrived. Chantal’s parents arrived with Raine & Chantal’s kids in tow, as well as Chantal’s cousin and her kids. It was a big ol’ family reunion and Mom and I were smack in the middle of it, watching and laughing as the kids took over the stage while Mommy and Daddy played their songs. 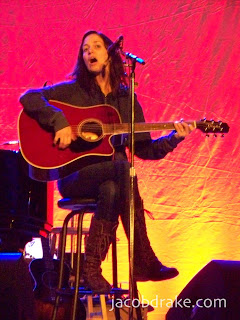 After sound check, we had about three hours until show time, so we headed back to make a quick stop at the hotel and then to find somewhere to eat.

We tried Baton Rouge, a restaurant in the Eaton Centre. Unfortunately, the doors were too narrow for my wheelchair to fit through, plus it was extremely crowded inside. So, we settled for McDonald’s in the food court.

We left the food court around 7:20 to start the walk back to Massey Hall. Just before exiting the Eaton Centre, Kathy & Sandy spotted us, so we caught up a little and walked to the venue with them.

Not long after getting to our seats, Dala took the stage to start the show. They only played a few songs, including a ukelele-centric rendition of Moon River. My personal favorite song of their set was Horses.

Raine took the stage for his set, which consisted mostly of songs from The Hunters Lullaby. He did include one new song, which I don’t know the name of, but it sounded amazing. He also slipped Innocent in, which is always great. 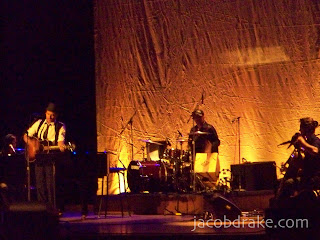 During the intermission between acts, I got to meet Michelle, a friend from the internet and fellow Chantal/Our Lady Peace fan. It was brief, but it was great to meet her. 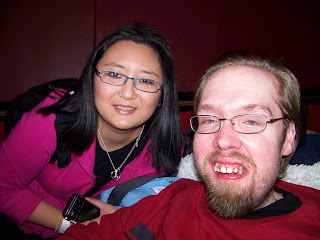 I look like I'm smashed
After intermission, it was time for Chantal.
She filled the night with an excellent mix of her classic stuff and newer songs from Plain Jane. She even snuck in a cover of Bruce Springsteen’s My Hometown. 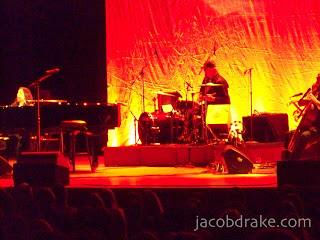 At one point, Dala came back out and joined Chantal for God Made Me, which was the first song of Chantal’s I ever heard all those years ago.

There was also the inclusion of a new song, Not One Drop, a song inspired by the tragic passing of a friend’s young daughter, Sylvie.

I think the highlight for me was Chantal’s performance of 5000 Days, which featured some great home videos of their kids projected on a giant screen at the back of the stage. 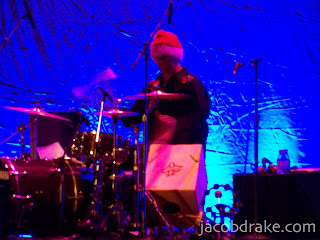 Randy Cooke rocks the Santa hat. And the drums.
Later in the set, Karen and Kevin each got their turn to take center stage. Kevin sang a rendition of Joni Mitchell’s River. Karen sang Isobel, a song she wrote for her band, The Done Me Wrongs. Both performances were big change-ups from the rest of the night, yet they somehow fit perfectly. 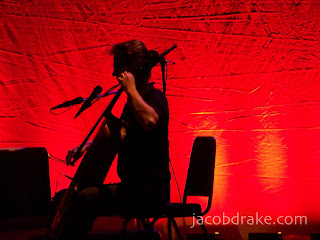 Kevin has crazy cello skills. And wicked posture.
After “wrapping up” with All I Can Do, Chantal left the stage before coming back for a two song encore.

Just after Plain Jane was over, 5 year old Rowan (who earlier appeared on stage to ask his mom when she’d be done) returned to introduce his brother, four year old Lucca. Lucca marched up to the mic and proceeded to adorably sing a verse of Invincible.

http://www.youtube.com/watch?v=ldP8uraTpFw
(Video courtesy of Angela)
Chantal followed that tough act by playing the song herself, bringing the nearly two and a half hour show to an excellent close. 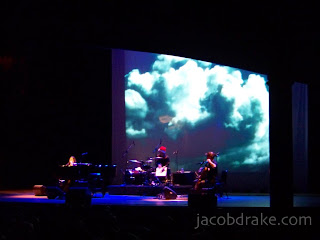 That show made this crazy trip totally worth it.

We headed back to the elevator and through a couple corridors to the after party. I chatted a bit more with Raine and Chantal as Rowan and Lucca ran around. Before taking off, I got a quick photo with both of them. 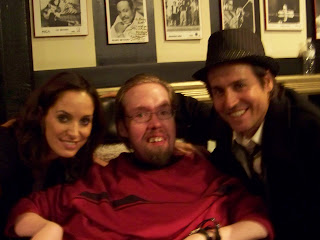 We said our see-you-laters and left the party.

Mom and I bundled up and hurried back to hotel as a light snow began to fall. There was a big snow storm predicted to hit Toronto the next day. Luckily, we wouldn’t be hitting the road until Thursday.

W got back to the room at 1 AM and hit the leftovers as we sat and processed everything.