Running to Catch Up

...Yeah, a little late, I know. So, where have I been? Right here, pretty much. To be honest, I've just felt completely burnt out since finishing The Greatest Fan Film of All Time. I really haven't wanted anything to do with anything and I've been keeping a low profile, both online and off, in hopes of recharging myself a bit. Hasn't quite worked yet, but I'm slowly getting there.

Over the course of my journey to recharge, the holidays came and went and were nice. Santa brought me a digital video camera I'm hoping to put to good use.
In January (and beyond), Mother Nature unleashed her fury and gave us near-record-setting amounts of snow and left me stranded inside the house for a long, long time. On the bright side, it gave me a chance to make a dent in my monstrosity of a Netflix queue. Unfortunately, most of the movies I watched were disappointing. But I discovered how much I love the Bourne movies.

I broke my long streak of not going to the movies by going to see Coraline in 3D a couple weeks ago. The movie itself was great and the RealD 3D was amazing. Stylin' glasses too. 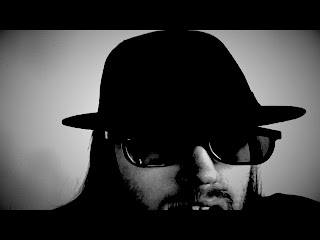 Matthew has been a constant source of entertainment and exhaustion. He's 15 months old, huge, and smart. 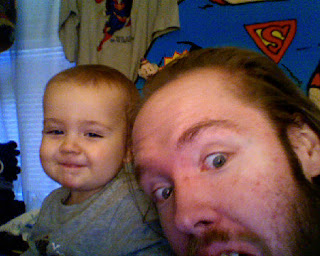 On the movie-making front, Larry and the guys are working on both a new film and a new animated project. After a lot of hard thought, I made the difficult decision not to head up this animated project. I need to take a little time for myself and wrap up some of my own projects that have been sitting on the back burner. The Girl and the Ghost is still unfinished and I want to finally get it done and out there, even if only for myself.
I'm sure they'll do just great without me on this one.
It's been insane and great working with the guys these last few years and I'm sure we'll be teaming up again on something spectacular before too long.

You might notice the site's looking a bit different. I'm in the process of giving it an impromptu update, so hang in there and we'll be snazzified soon.

Before I wrap this entry up, I just wanted to take a minute to mention my niece. A few months ago, we found out Kris & Jessi were expecting another baby, a little girl. We found out a couple weeks ago that Jessi lost the baby. It's been hard on all of us. So, I wanted to take this opportunity to write this in memory of the niece I never got to meet.

I know I keep saying it, but I really will try to post more often. I swear.
Posted by jacobdrake at 7:01 PM No comments: