From OldSchool to the Future

It's crazy the way things align themselves sometimes. Today, January 26th, 2011, is the fifth anniversary of the release of my first animated short, Nintendo: OldSchool Revolution. 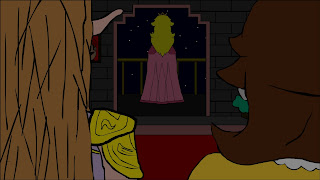 It just so happens that today, on the anniversary of our first project together, Larry's out in LA with Marisa and Mark Ordesky for some big meetings with some big networks regarding Four Tanks and a Healer. Cross those fingers. 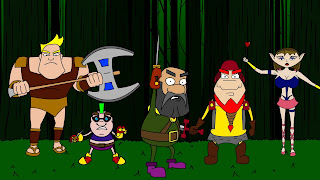 But wait! There's a third cool tidbit about today I'd like to share. As of a couple hours ago, animation for The Girl and the Ghost is finished. There may still be some minor tweaks to be made, but for the most part, it's done. Next up is editing and some audio work, then this baby will finally see the light of day. It's been a long time coming. 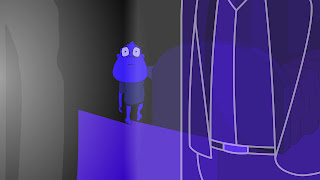 We've certainly come a long way since posting our little cartoon on iFilm in 2006. Howsabout we celebrate by taking a stroll down memory lane and revisiting this old boy?
http://www.dailymotion.com/video/xdbl0s_nintendo-oldschool-revolution_fun
PS- You can also read a couple awesome articles from our wrap party here and here.
Posted by jacobdrake at 4:45 AM No comments:

Well, kiddos...it's been a crazy year. Who's up for a little recap?

Way back in January, after a hiatus that was much longer than intended, I resumed work on The Girl and the Ghost.

As I animated that, Larry and the gang finished and premiered Dolly Oxem's Traveling Video Circus.

I worked right through February and in March, realized that at some point, the music video for Sex Love and Honey had snuck past 100,000 views without me noticing.

Mom and I took off to Toronto for a few days and attended a pair of amazing back-to-back Our Lady Peace concerts. (A blog entry for this trip is still coming. Really.) 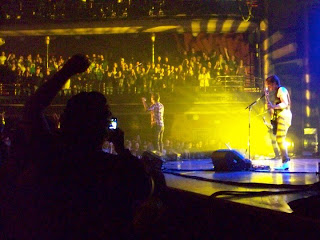 A few days after getting back from the trip, we had The Meeting. The 4Reelz crew came together for a meeting which I consider to be the official start of the journey known as Four Tanks and a Healer. 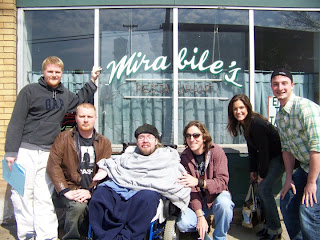 As work on Ghost continued into April, the schedule for Four Tanks and a Healer began to sink in. I knew I couldn't handle them simultaneously, so I reluctantly put The Girl and the Ghost on hold once again and started animation on Four Tanks.

Toward the end of the month, I took in a fantastic concert by The Swell Season. 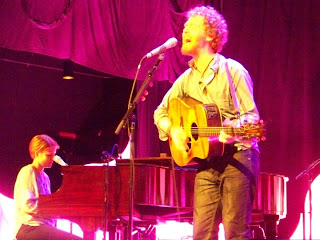 The summer was comprised of endless long hours of animation. By the time August rolled around, I was in massive need of a break. Mom and I swung up to Niagara Falls for a few days and saw Chantal & Raine play two shows at the Jackson-Triggs winery. 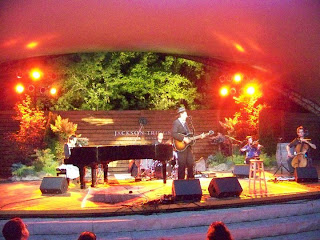 It was a great break and an unforgettable experience.

August also saw the release of my personal favorite movie of the year- Scott Pilgrim vs. the World. 112 minutes of pure movie fun.

Before the month was over, Superman paid us a visit. 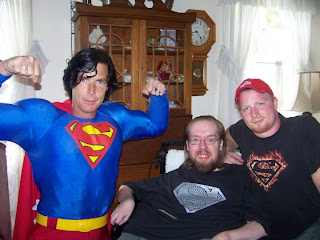 Christopher Dennis, the Hollywood Boulevard Superman, was in town to film a scene for The Long, Slow Death of a Twenty-Something with Larry. After filming, they stopped by my house. Not many people get surprises like that.

September got off to a bumpy start. A fun night out at the wine bar with Corey, Eric, and Beth ended with heavy rain basically frying my wheelchair's controls. 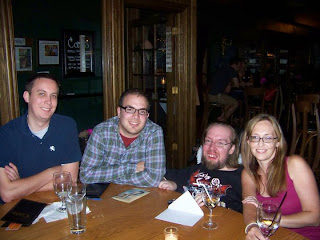 This left me stranded with a dead chair for my birthday and a couple weeks beyond. It sucked, but I got a lot of animation done.

Once my chair was semi-functional, Mom and I spent a day at the zoo. A weekday in late September is definitely the time to go. Everyone's at school and work and you pretty much have free reign of the place. It's pretty nice. 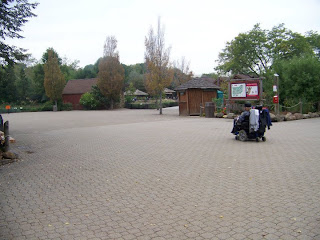 The work continued through October. When Halloween arrived, Matthew was ready. His love for Toy Story was apparent by his costume choice. 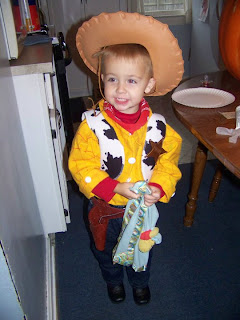 In early November, I allowed myself another little break and headed up to Niagara again with Mom. This was a very laid back trip consisting mostly of eating, drinking, and a Chantal concert. It was a short, but sweet getaway. 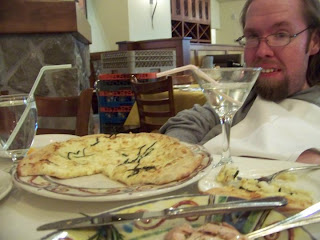 Upon returning, I buckled down for the home stretch and finally finished animating Four Tanks and a Healer after seven months. 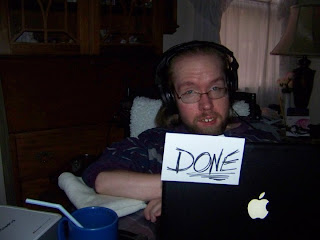 In the following days, I re-learned how to relax just in time to enjoy Thanksgiving and Matthew's 3rd birthday. Still can't believe the little bugger's already three. 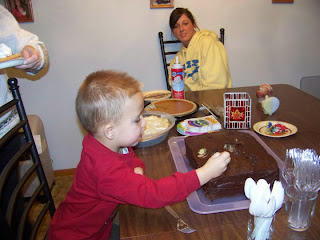 In December, I sat down and just wrote for the first time in months and it felt great. I now have a script for a brand new animated short film.

On the 18th, we all gathered at Pufferbelly in Kent for the wrap party for Four Tanks and a Healer and The Long, Slow Death of a Twenty-Something. 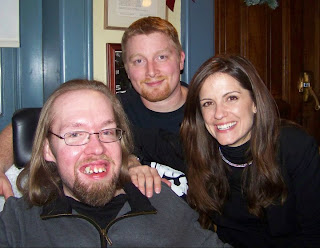 A few days later, it was time for Christmas and all the fun that comes with it.

Now, I'm sitting here in the early hours of 2011, just reflecting to myself on 2010 after spending New Year's Eve with Mom and Matthew. If I had to pick a word for the year, I guess it would be "strange." I spent most of the year with my nose in my laptop, racing toward the animation deadline. The working hours seemed to drag on forever and stressed me out to my wit's end. Oddly, that made the rest of the year fly by. I honestly barely even remember the summer. So, it was a productive year, but a strange one.

The highlight? Watching this butthead... 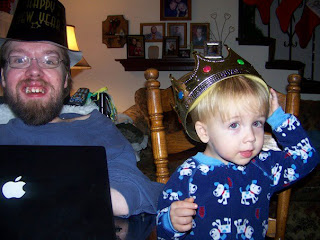 ...grow into this butthead. 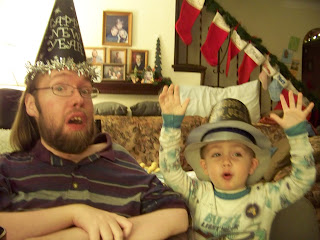 So, what's up for 2011? First and foremost, I'm jumping in and FINALLY finishing The Girl and the Ghost.
After that, I'll be tackling the new short, which I really think will be amazing. I'm extremely excited about this one.

And what of Four Tanks? Well, Larry has meetings scheduled with some big TV networks out in LA at the end of January, so we'll see.