Love you.
Posted by jacobdrake at 3:57 AM No comments:

Proof That My Nephew Rocks

Mikey, Mo, and Jeff were over to play some Rock Band last night. Matthew, now 17 months old, decided to join in and show he's ready to join the band. Thankfully, Mom grabbed the camera.

http://www.youtube.com/watch?v=XsXlOpwyJ7c
Posted by jacobdrake at 11:48 PM No comments: 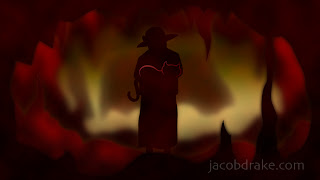 Not much else going on at the moment... I'm boring.
Posted by jacobdrake at 6:08 PM No comments: