Here we are at the end of another year.  In what seems to be a a pattern, this was a weird year.  As per tradition, let's take a look back at the highlights, lowlights, and in-betweenlights.

2011 started with a mix of excitement and exhaustion after the recent completion of Four Tanks and a Healer.  I took a brief rest, then shifted back into work mode and finished animating The Girl and the Ghost while Marisa and Larry had some big meetings in LA about Four Tanks.

Following completion of the animation for Ghost, I laid low for a while and let myself decompress a bit.

After a long, rainy spring that lasted into the summer, in late June, I took a trip to Niagara Falls and met Teal Sherer.  We spent a few days hanging out, saw Chantal play at Jackson-Triggs and just had a great time. 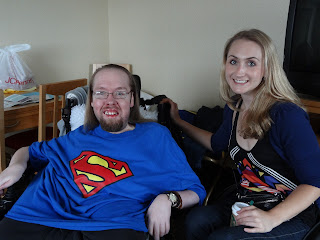 Sadly, the vacation ended with me getting sick and it took me until the end of July to feel back to normal.

At the end of August, I was ready to donate again, so I went and got my hair chopped.

In September, Mom was out of commission with an infection in her finger and took most of the month to recover.  Before the month was over, Mom was back on track and we took an interesting trip to Toronto, which I still need to blog about. 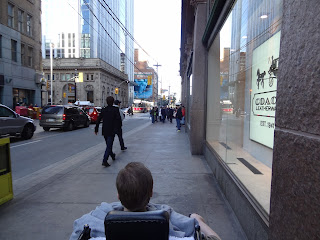 In October, nearly a year after its completion, Four Tanks and a Healer premiered at TheOneRing.net and received very positive reactions.

In November, Bridget, Mom, and I saw Marketa Irglova in an amazing, intimate concert.  Still need to blog about that one too. 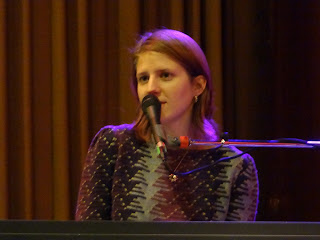 This strangely rainy December saw the release of a great holiday video Teal came up with.  I was happy to have been involved, even if I only lent a small hand.

Christmas, though snowless, was nice.  I loved watching Matthew experience the magic and fun of it all.

Overall, 2011 was a slow year that flew by.  It was also, as most years are, a year filled with change.
One big change is that 4Reelz now consists of just Marisa and me, as Larry left to start his own company, Eddy Spaghetti Productions.  I'm sure we'll still team up on plenty of stuff though.

Another notable change is that Matthew has grown from this little guy... 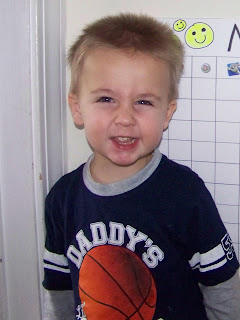 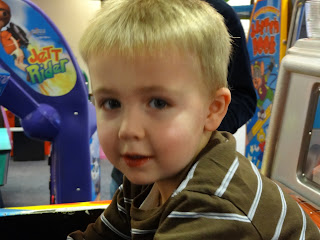 Entertainment-wise, I'd say it was a decent year.  A brief rundown of what entertained me this year...

Movies:
The Muppets
Super 8
Thor
Captain America
Hugo
Rise of the Planet of the Apes

Music:
Marketa Irglova- Anar
Anna Nalick- Broken Doll & Odds & Ends
Billy the Kid & The Southside Boys- Ours
and even though it wasn't actually released this year, Jenny Owen Youngs- Transmitter Failure, which features probably my most listened-to song of the year, Last Person.

I don't want to risk jinxing anything, but I have to say, the coming year is looking like it could be pretty outstanding.
In the next few weeks, music and sound effects for The Girl and the Ghost will be done and this seemingly endless project will finally be finished.
Things are in motion for my next project, currently titled Waiting for the Sun, to really get moving.  Fingers crossed, this one could be a dream project.
And without giving anything away just yet, if all goes well, the coming summer could include a trip out west...
Also coming up in 2012, my 30th birthday the release of The Hobbit: An Unexpected Journey, and who knows what else?

Here's hoping 2012 is full of happiness, health, love, and success for all of us.  Happy New Year, everyone!
Posted by jacobdrake at 7:24 PM No comments: