Wow, it's already the One Year Anniversary of jacobdrake.com! One year since I decided to do something with the web address Corey got me for my 22nd birthday.
In one year I've thrown together 67 reviews, 59 blog entries, and 11 "Ask Jacob" replies. Okay, seriously, we need more Ask Jacob participants, ya lazy bums! In all honesty, I can't believe I've already typed up that much stuff for the site, especially since I tend to go a while without updating sometimes. It's amazing how many interesting...characters...I've gotten emails from because of the site. I've even received a message from another Jacob Drake out there!
I've had a blast so far and I just want to take this time to thank some people.


Year one was fun and I expect even more excitement with projects and what not over the next year, so thanks again and stay tuned!
Posted by jacobdrake at 4:48 AM 2 comments:

"Sometimes I Need a Revelation..."

It was a drizzly Friday night in northeastern Ohio. Bridget drove all the way from Bowling Green to join me for the concert that night. The Frames were playing at the Beachland Ballroom and I couldn't wait.

Early last year I saw Damien Rice in concert and the opening act was The Frames, some band I had never heard of before. It didn't take me long to become a fan of these guys, they blew me away that night. Since then, I've been tracking down whatever CDs of theirs I could find and anticipating the day they'd play in Cleveland again.

Upon arrival at the Beachland Ballroom, I was met with a 5-6 inch curb in front of the door. Kris and the guy at the door lifted my chair with surprising ease and I was on my way. Bridget and I headed into the tiny ballroom and made our way right up to the front of the stage.

The first act was Josh Ritter. It seemed that the majority of the crowd was there for him. He seems to have a decent fan base around here, which makes sense since he started his musical career at semi-local Oberlin College. To top it off, it was also his birthday! 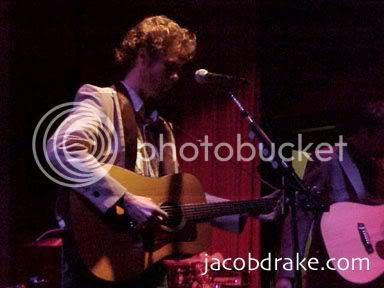 Josh took to the stage in a snazzy outfit, complete with long coattails, and the show began. Strumming away in his folk style, he definitely had a bit of a Bob Dylan thing going on. He was a bit mellow, but I enjoyed it. Stand out songs for me were Harrisburg and Thin Blue Flame, which gets better every time I hear it. 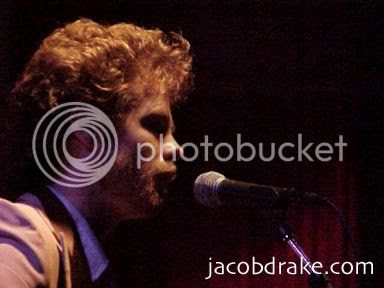 In between acts, the crowd seemed to thin a bit. It kind of annoyed me that people weren't even giving this great band a chance, but hey, better view of the stage for me!

After a brief intermission, The Frames took the stage, opening with Keepsake, an incredible song that starts off quietly and consistently builds. 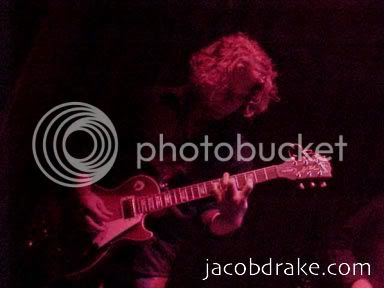 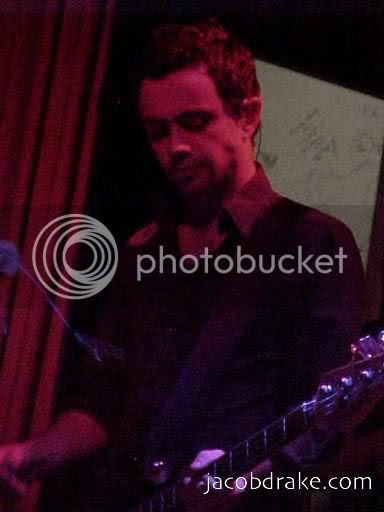 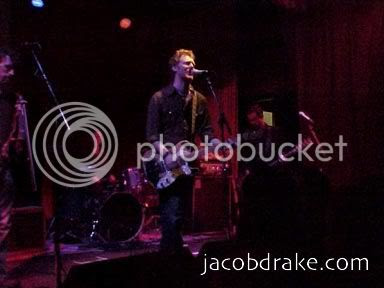 From then on out, it was an electrifying show. Frontman Glen Hansard frequently interacts with the crowd and shares little stories laced with that Irish humor I love so much. 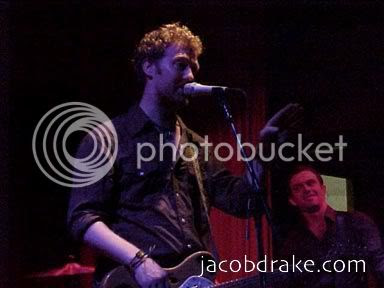 He quickly tossed aside the humor and showed a fire in his eyes as he performed such intense songs as Finally, Revelate, and the heartbreaking and fantastic What Happens When the Heart Just Stops. 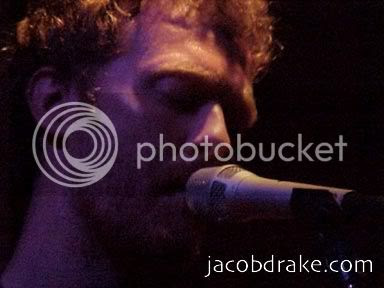 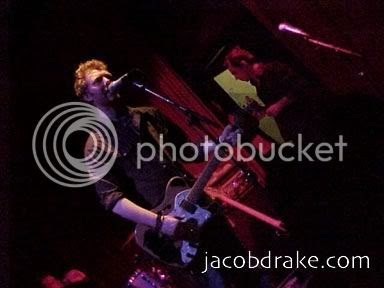 He plays so hard at times it's like the music's being channeled through his body in convulsive bursts. 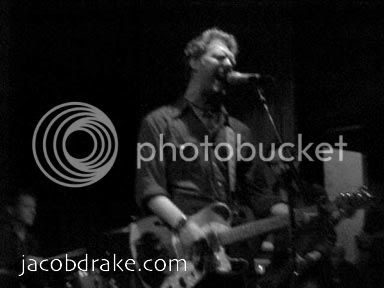 The mood lightened again as he made the crowd sing along to the violin solo of Pavement Tune for at least three minutes straight. 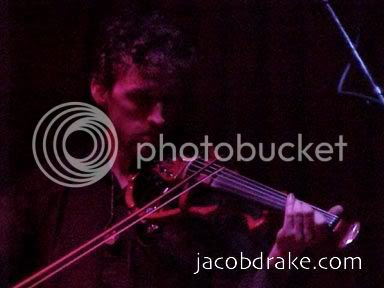 Josh Ritter returned joined the band for the encore, a great end to a phenominal show. 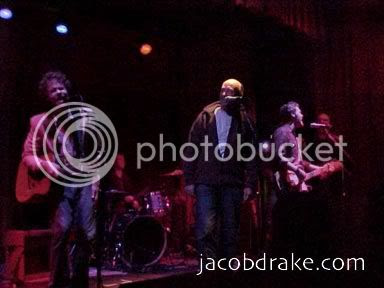 The Frames played all my favorites except the one I was hoping to hear most of all, Fitzcarraldo, my absolute favorite song of theirs. I can't really complain though, as the show was so incredible. I think they made fans out of everyone who wasn't already one that night, or at least I hope so.

As we left, Bridget stopped at the merchandise table and bought herself a copy of Josh Ritter's CD, Golden Age of Radio. She also bought The Frames' For the Birds for me in exchange for me buying her ticket. I had been looking for that CD for a while. Thanks Bridget, you're too sweet!

In closing, The Frames are such an excellent band. Do yourself a favor and buy their live CD, Set List, and any others you can find.
Posted by jacobdrake at 5:55 AM No comments: